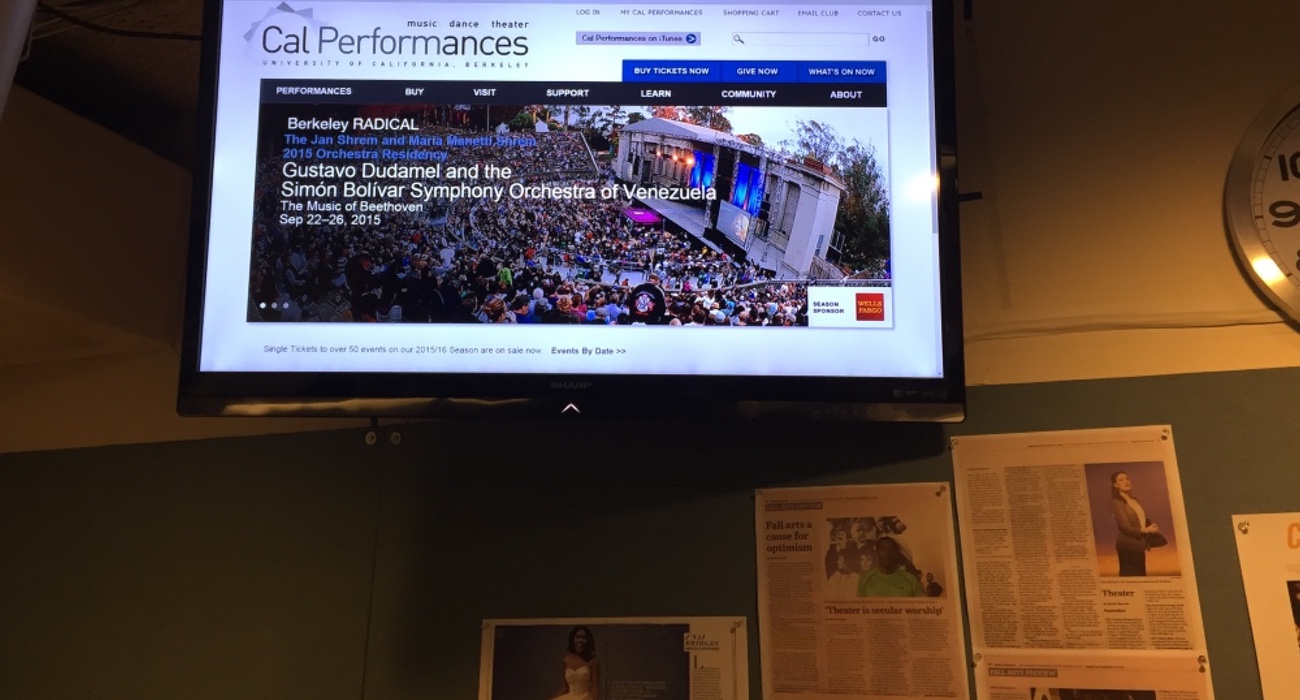 Launched in 2015 by Cal Performances Executive and Artistic Director Matías Tarnopolsky, Berkeley RADICAL is a new framework to cultivate public artistic literacy and create cultural access for diverse future audiences in the context of the digital age and transitional generations. Berkeley RADICAL is a platform on which Cal Performances artists will operate within and beyond its home, UC Berkeley, and instigate substantive interactivity between Cal Performances’ commissioning, creation, and presentation, University learning and scholarship, and Bay Area public learning across a wide age range. Gustavo Dudamel and the Simon Bolivar Symphony Orchestra of Venezuela opened the 2015-16 season with an unprecedented residency of main stage concerts at Zellerbach Hall, campus-wide activities, and a grand finale performance of Beethoven’s Ninth Symphony at the Hearst Amphitheater in the Berkeley hills for 7,000 people, Webcast live by Univision and other platforms.  The 2015-16 launches with the world premiere of the next full-evening work by Mark Morris, Layla and Majnun, with the Mark Morris Dance Group, for which its long-time partner, Cal Performances, serves as the lead commissioner.