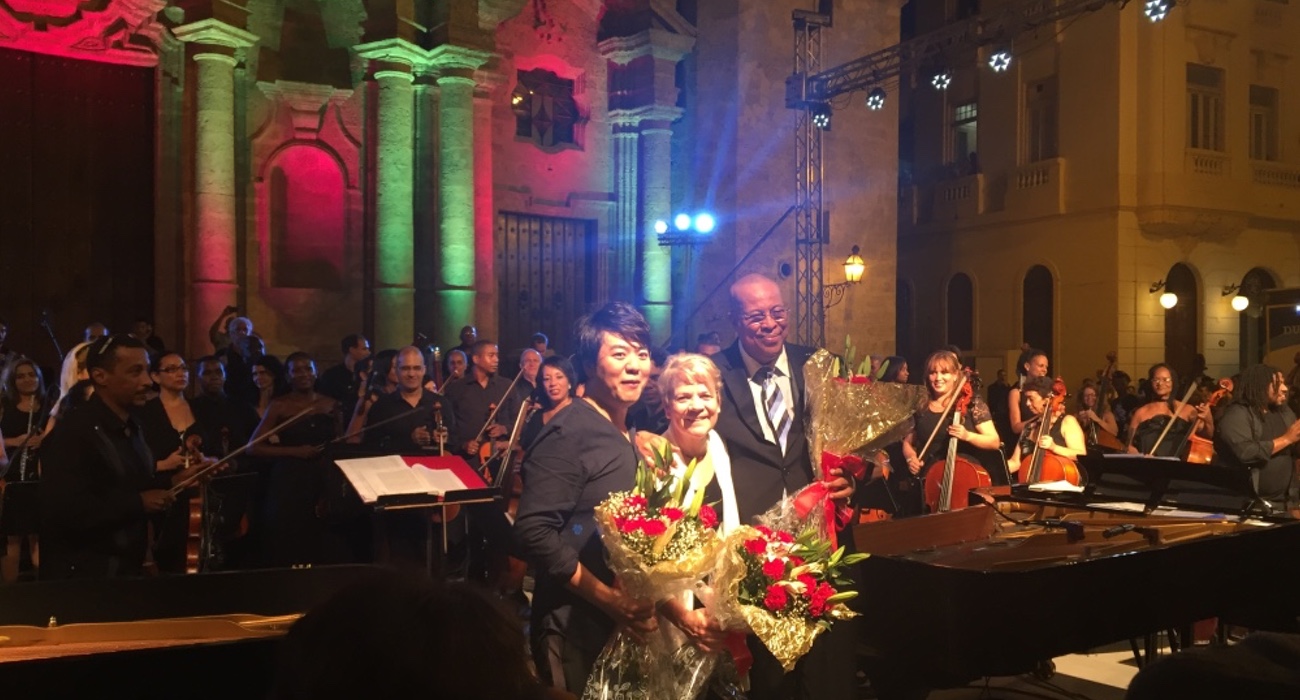 On October 9, 2015, the flag was raised on a new cultural era with the first major international concert to be produced in Cuba since the opening of US-Cuba relations – superstar pianists Lang Lang and Chucho Valdés performed together, for the first time ever, in a festive gala concert to celebrate the 500th anniversary of the founding of Havana. Marin Alsop conducted the Orquesta Sinfónica Nacional de Cuba in the historic setting of the Plaza de la Catedral in La Habana Vieja (Old Havana), a UNESCO World Heritage Site. The concert was co-produced by CAMI Music and ELCCNY, in cooperation with the Cuban Institute of Music and the Ministry of Culture of Cuba.